Economy in Marketing and the potential implications of Brexit

Not another Brexit story. Are EU having a laugh? Well we aren’t apologising, especially not for terrible puns. As the nation takes a momentary Brexit breather before the December general election, we delve into Brexit nuances and its implications for marketing and the economy.

“The Brexit Effect” might sound like a film title, but in reality, Brexit has already had an effect on the UK economy. The most obvious example is the weaker position of the pound which has impacted both UK consumers and businesses. However, it’s not just foreign exchange rate changes which have impacted the UK economy, but also business uncertainty about the outlook beyond Brexit.

Well no, but the marketing world hasn’t been an exception to the uncertainty either. The Bellwether Report, a survey of around 300 UK firms, provides an indicative snapshot of market sentiment. The latest results of the survey suggest that marketing budgets have shrunk in Q3 2019, the first reduction seen since 2012. 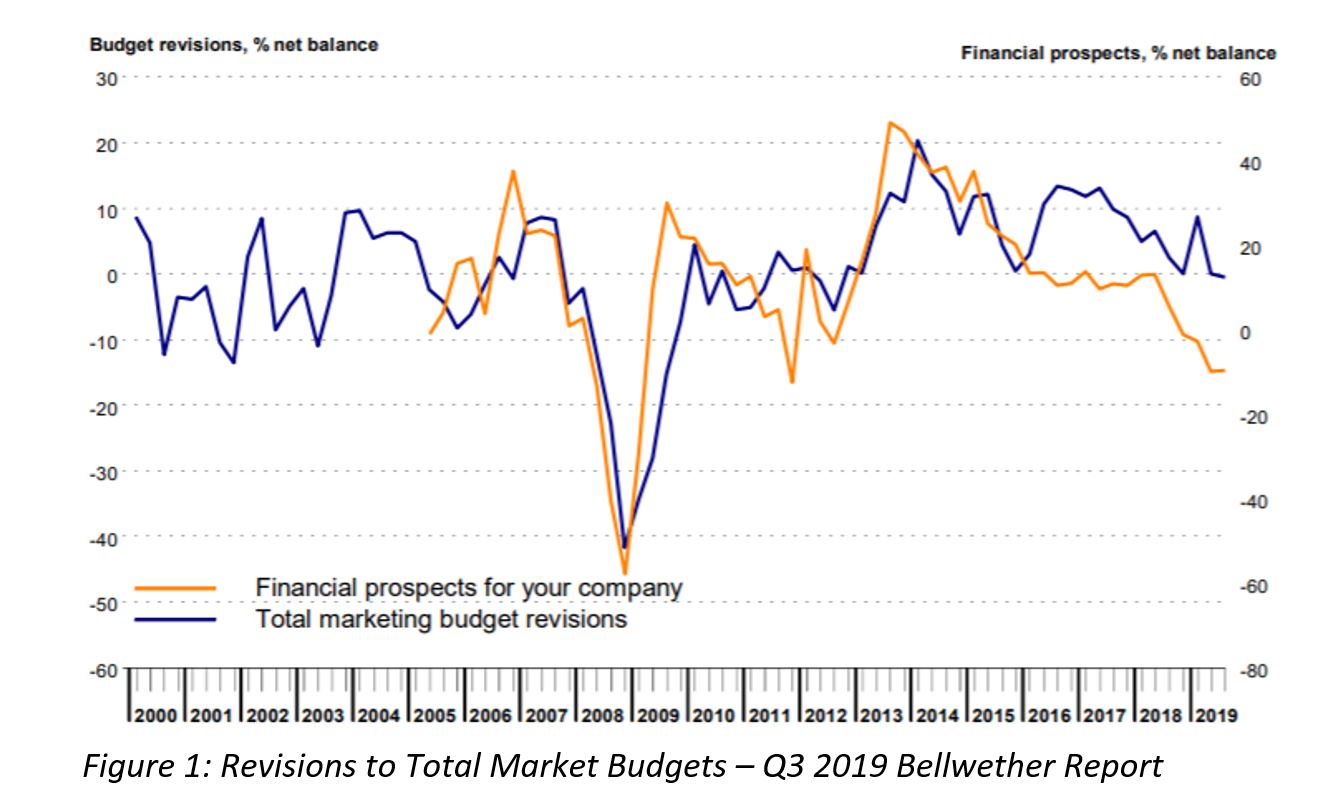 Further insight suggests that as firms continue to tighten their belts, they’re also changing how they spend their budgets. The results for Q3 2019 suggest a trend of shifting towards digital channels. Figure 2 shows that firms are allocating 11% more of their total budgets towards digital channels than they were in Q2 2019. This could be seen as an attempt by firms to leverage their data on consumers in the hope of better return on investment as the economic outlook continues to be poor. 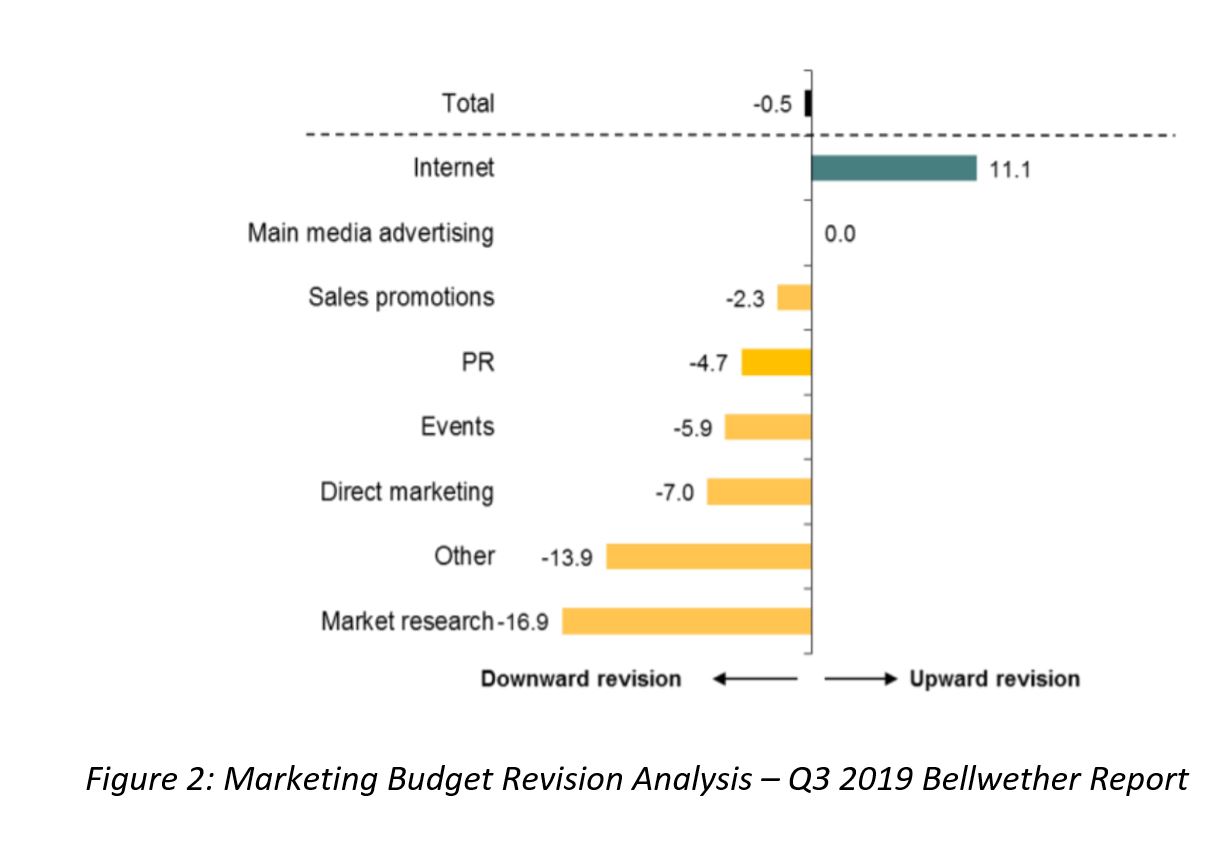 Although outlooks are uncertain, we’ve seen that Brexit can be used in clever ways for advertising if you’re willing to take the risk. Marmite shows us it’s not all doom and gloom with a nice bit of observational comedy, whilst Jigsaw took the plunge with a more divisive approach.

There is definitely something to say for bravery in uncertain times and not just in a relatable message which may effectively cut through. There may also be value in brave, countercyclical spending as competitors reduce their marketing spend allowing for potential consumer steal.

This highlights how it’s always important to consider how social and economic changes impact your consumer base. In times of downturn or uncertainty we may see shifting spending patterns as consumers look for the best deal. Therefore, it is important to consider how this applies to your business and how marketing can be most effectively used to attract shifting consumers.

Inevitably as a consequence of this shift, some firms are going to lose out. Marketing may be able to play an important role in preventing consumers from making that switch. This may come as an attempt to build consumer confidence to encourage purchase, or in the form of building brand loyalty to make consumers reluctant to leave.

There’s never a bad time to understand how the role of media and wider factors impact your business. As we await the outcome of the December general election to indicate the next direction of Brexit, it’s clear that things will continue to change, and a deeper understanding of your firm’s drivers may become increasingly necessary.

See what Brightblue can do for your business